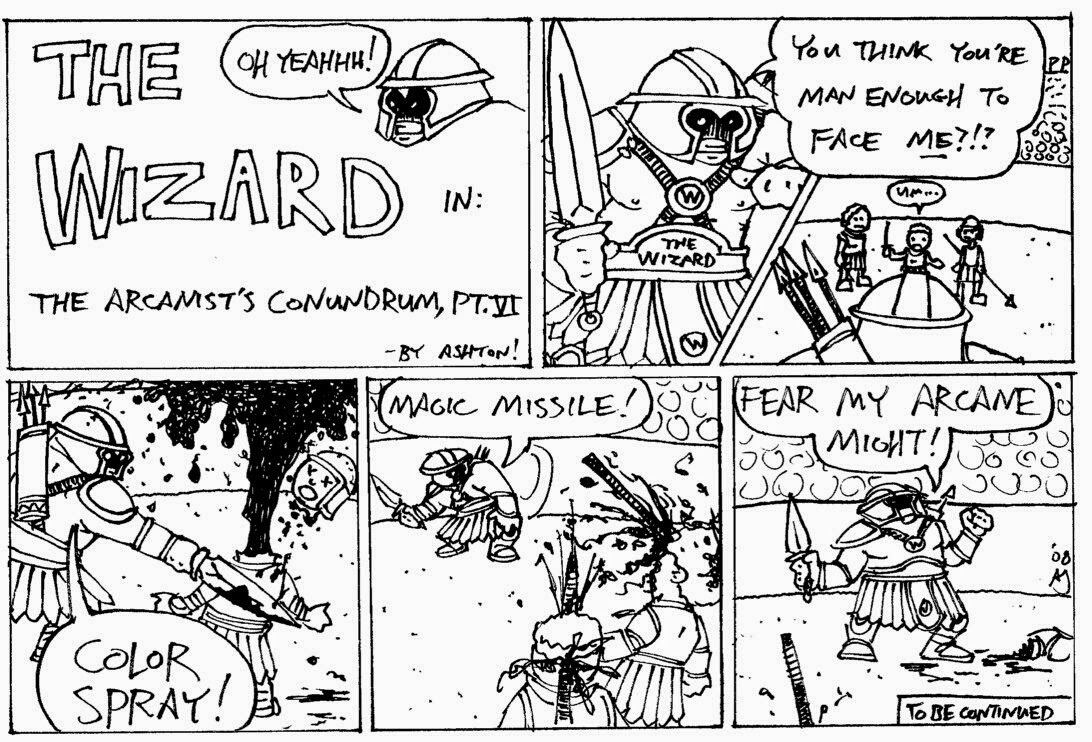 This is entirely too silly a concept for me, but I like the idea.

It's a strictly modern conceit that magic is some sort of an "other" force in the world. It used to be that learned men would gather in universities to study alchemy, gnostic lore, astrology, and other parts of the natural sciences. They saw nothing "occult" about using the position of the stars to learn about the world they inhabited, and if they saw fit to summon a spirit or two it was nothing unusual. It was the same kind of knowledge, preserved and transmitted and respected the same way a man might be famous for his healing abilities, or for his historical knowledge. If you look at long-preserved histories, you can see that even the brilliant Isaac Newton took time off from developing calculus to study alchemy. It was not strange or unusual; it was a perfectly natural thing for an inquiring mind to study and learn about.

So, as silly as the comic is, and as great as the joke is, there's an element of truth in there somewhere. There very likely were quite a few heroes out there who believed that their success in combat was due to their inherent magics, who might have believed that their sword must have been enchanted to cut through a man's head and not even suffer a nick, and who was blessed by the gods themselves to never be defeated.