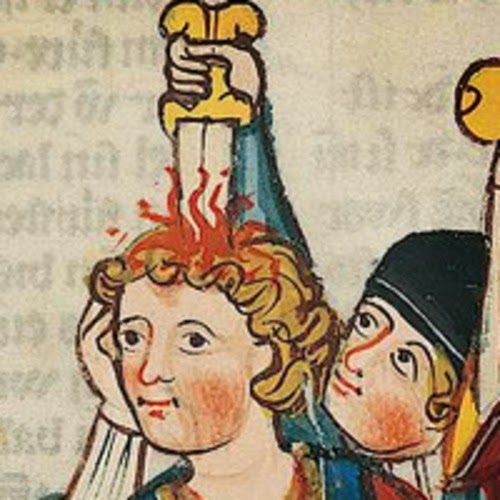 Last Sunday two out of five players were missing, so we just had a lot of town roleplaying. They made it off the island with the help of an irritated Xildxen, and arrived in the Sevedorian city of Plaack. Pretty basic stuff; they got to go to a rowdy inn full of drunks and pirate-types, they got to visit some odd shops here and there, and visit the market, and get used to the place, and have a decent time. It wasn't half bad. I'm still perilously slow at making up names, but I try and have a name generator or two open at all times so it's not terrible. Making characters is getting easier, and I've been working on converting some of my more workable ideas into concrete "modules," as well as converting my jungle island play notes into something that another person could use.

It's always strange intentionally making things for other people to use. It feels arrogant, like "what I make and play is so good you'll want to read it to play games like me." Of course it's more of a "this is what I thought of, please scavenge any good bits" but I wonder if I'm able to get that across in my writing...

Today I'm going to be playing in an open table 5e game, which should be exciting. I'm playing Erneminax Vlahakis, the Human Wizard. Character creation in 5e is alright; the packages and quick-buy make it pretty easy, and the fact that at low level you don't have many feats or class features or anything means that you have the simplicity of older editions at your fingertips, but the (optional) feat system plus the optional "roll for starting gold" means that you can get down and dirty with your gear and build if you so choose. The other neat bit is that in-combat character damage and utility are about the same across the board, so there's no character optimizing nonsense that newer editions seemed to enjoy. I haven't done the math but I've read that the difference between a relatively regular stock character (say, a human fighter) and an optimized multiclass mishmash is about 10%, damage-wise. It's like they've actually put effort into learning from past mistakes!


The whole game feels like they've learned a lot from past mistakes; advantage and proficiency bonuses replace the byzantine labyrinth of situational modifiers and the treadmill of DCs and skill ranks, which is excellent. Weapons are either martial or simple, signifying whether your character has any training in arms or not. The economy still runs on gold, for some reason, and doesn't quite make internal sense, but it doesn't feel as outwardly silly as 3.PF/4e tables, and magic items are in the DMG and presumably not considered part of a character's build anymore, which is wonderful. Each class has its own tricks and utility, although it seems like some classes get much more utility than others without giving up much in the way of effectiveness. Maybe it's just me reading too far into it, but it feels like Clerics and Wizards get a lot of "toolboxiness" while still having good combat potential. I hope I'm wrong, because other than that the system is really well designed. Blows 3e/PF/4e out of the water in any measurable way, that's for sure. Very excited to play here in a couple of hours.

After I get some real experience I might even write my opinion on the system here! The horror!
By Nick - October 15, 2014 No comments: