I wrote the prototype of a game, where you play as a little dot being  chased by a light-generating ghost. That's pretty much it, and it's kind of annoying, because it was fun trying to write a real-time light rendering thing for my game, even if the game is really simple and probably almost childs play for somebody who writes code professionally.

I'm trying to figure out what exactly I want to do with the game, which is annoying because it's not really a mechanic that lends itself to strong gameplay options. What you have is your light source chasing you down. When it touches you, you die.

Naturally, this lends itself poorly to "race as fast as you can" sorts of games, and strongly towards both memorization challenges and manual dexterity challenges. The memorization is pretty poor gameplay, in general, since any game that can be completely bypassed by a piece of paper without any other gameplay elements that might add randomness or fun (like old dungeon crawling games, for example) is only just barely a game. And trying to add challenges that require quick moves in a game where information is necessarily limited isn't easy, either.

Recipes in a roleplaying game blog? It's more likely than you think! 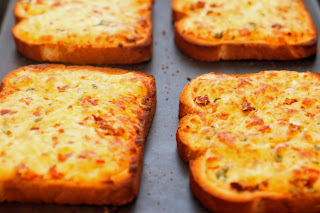 Despite the fact that I am willing to learn to cook anything and the fact that it's just the two of us in this house, my wife insists on eating nearly nothing but cheesy toast. It's her favorite dish of the moment, and there's nothing I can do to convince her to eat anything else for lunch half the time. For dinner, well, it's on: Sometimes it's burritos, or picnic tortillas, or some sort of vodka sauce penne, or whatever it is we're craving, but I guess you just can't beat the cheesy toast.

And a recipe for simple pizza sauce:

Mix together sauce and paste over low heat in a metal pot for 5-10 minutes. Add garlic powder and oregano to taste. DONE.

Email ThisBlogThis!Share to TwitterShare to FacebookShare to Pinterest
Labels: recipe 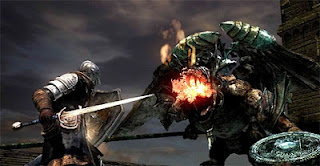 Picked up Dark Souls yesterday because if there's one thing that me and my wife have in common, it's a deep and abiding love for video games. Or something.

I played the hell out of Demon's Souls, and always liked the very dark and grim fantasy. It's bleak and vibrant at the same time, and doesn't go so far into the grimness that it ends up becoming a parody of itself, like Todd McFarlane or Dimmu Borgir. It's just the right touch of seriousness presented in a totally matter-of-fact way, backed up by the explanation of "it's demons," and "it's magic."

Hopefully it's as good as the last one. After a couple of interesting missteps with the character generator, including a couple of experiements that caused my wife to recoil in disgust, I finally created a decent seeming gent, skilled in the necessary attributes of war who brought with him the Twin Humanities gift, which I chose merely because I liked the name.

Turns out I'm undead and you can't even see the massive, Gerard Depardieu-esque schnoz I gave him. DAMN IT.
By Nick - July 02, 2012 3 comments: