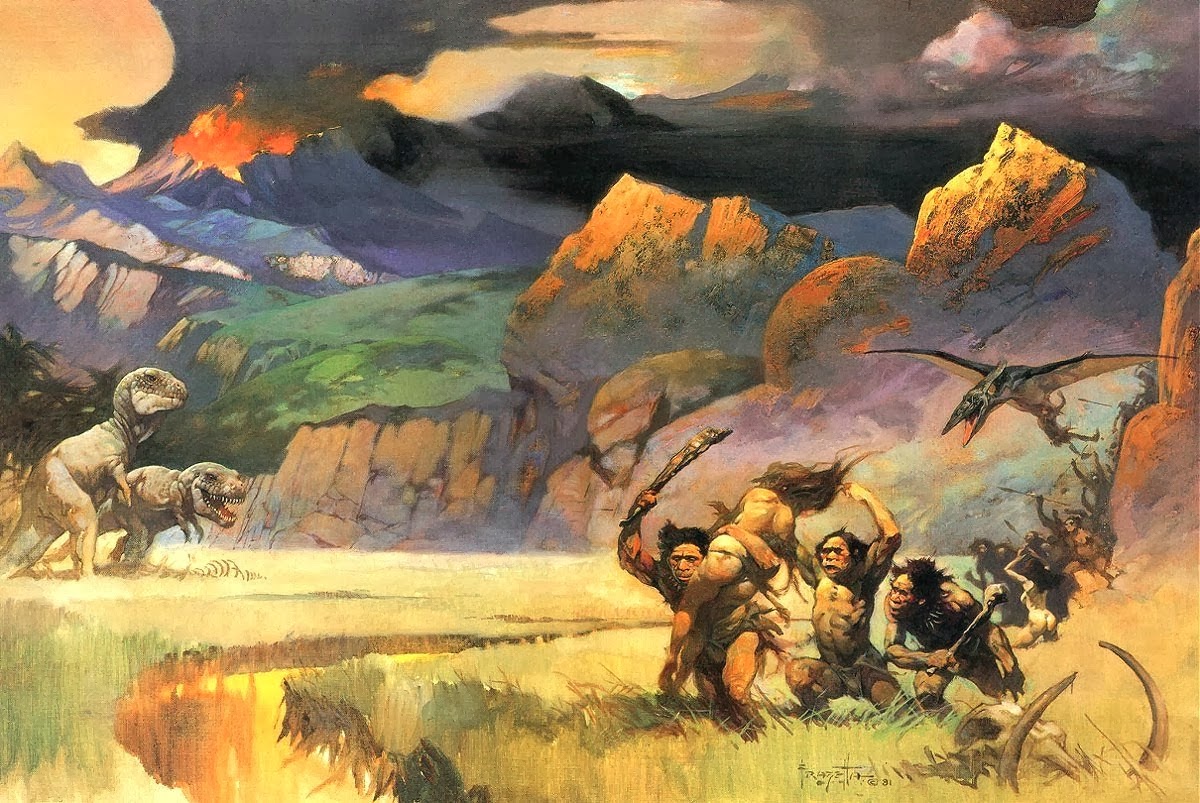 Currently in Fantasy Craft, the setting is a cannibal-pygmy infested jungle, complete with thick vegetation, angry wildlife, and... a wizard? Best not to ask about that last one (my players didn't), and best not to consider why it is that he's seeking a jade idol...

Is it scholarly curiosity, a stolen possession with a long story, or blatant theft? Hopefully they'll find out when they steal is from the pygmy village (violence optional), and all will be revealed!

Turns out that for my end, though, a jungle isn't as exciting as I'd hoped. There don't seem to be rules for getting lost and I can never remember how often wandering monsters "should" be happening or even what monsters to use. I was going to make myself a chart but I am apparently too stupid to remember to do that before the actual game is supposed to be starting. Maybe I'll do that now...

If you're playing Fantasy Craft, you might have to invent their stat-block, but that's fine. Use the online character generator and try to remember the rule of 40.* I'll stop being lazy and post my own here maybe tomorrow. Or maybe not. I was working on a "dial-a-dino" system where you just roll like 6d6 and smash the results together to get some kind of weird-ass dinosaur that seems plausible enough, but it's not done yet. Maybe when it's done...

Anyways, I'm thinking that Kievan Russia might be the next setting. That, or maybe a Turkish sort of setting. There's a big world out there and having the players start on an island means that they can go to pretty much any neato setting I feel like writing. It's good to be the DM!

*Every 40 experience worth of enemies marks a significant increase in challenge. Remember that enemies are supposed to be encountered in "bands," one per player. So four kobold warriors against a group of 4 players is pretty easy. Eight makes it pretty tough, and 12 is dangerous, for example. If you keep how dangerous you want your monsters to be in mind, it's pretty easy to get the right balance of danger, number, and interesting features down.