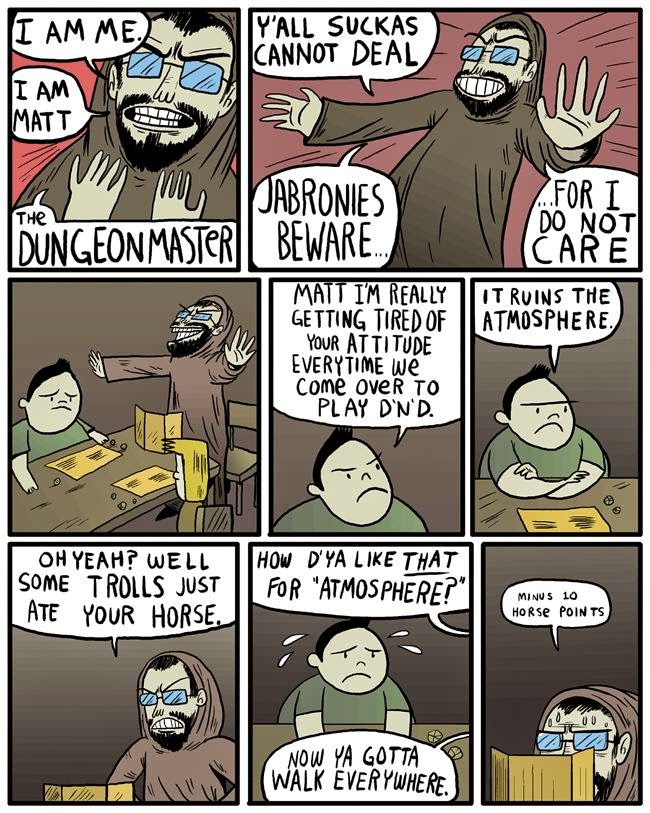 Pictured here is your typical DM in a typical game setting. Note the ceremonial robe he adorns himself with, and notice the intense concentration in the last panel. DMing is hard and I often am drenched in sweat after a typical session. They last anywhere between five and ten hours and are absolutely grueling. Those pictures you see of sweaty "neckbeards" are lies, as they do not actually play. No, they pretend to play for internet cool points. No man of girth can play Dungeons and Dragons; their heart cannot handle the strain of excitement.

I've been working out to get in shape to DM again. My body is still flabby but soon I'll be the model of strength and power that will allow me to perform my dungeonmastery to its highest level.

The Sacred Rites of Bastet 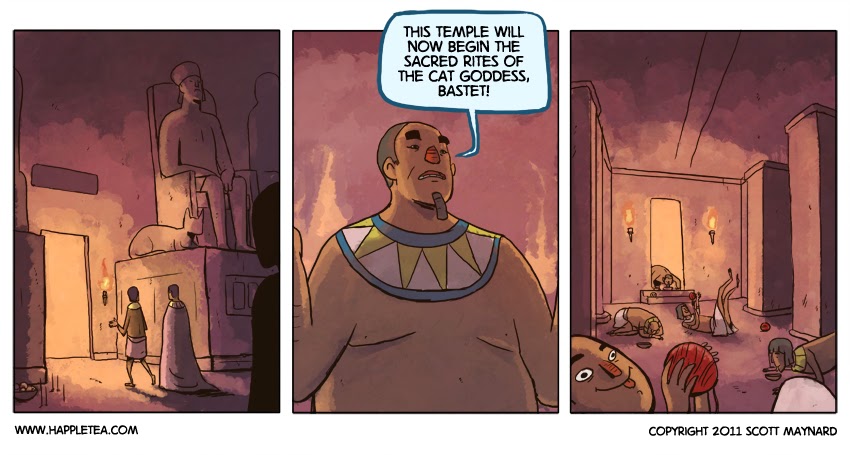 Admit it, you giggled.


It's weird that people have this solemn view of religions, especially in the ancient world, where life wasn't so goddamn serious all the time. The gods played tricks on each other, and got drunk, and goofed off. Zeus was notorious in Greek myth for not actually doing his job, spending most of his time avoiding his wife and trying to have affairs, and Enki (the Sumerian god) was the god of crafts, sea and lake water, creation... and mischief. Ninkasi was the Sumerian god of alcohol and "satifying desires. It's hard to imagine that the priests of a god of sex and booze would solemnly march and chant down stone halls the way people imagine priests doing today.

Imagine if modern priests goofed off like that. It'd be a revolution in religion!

Disclaimer: None of these pictures are mine- I just got them off the internet.


I bought Arcane Legions for $5. $5 for a new miniatures game sounds about right, even if you can't mix and match your little men with other games, or if they're weirdly specific.

And they are unique- the point of Arcane Legion is that your little men can travel around their formation, becoming faster, better at blocking, or better at attacking depeinding on where in the formation you plug them into. You can see what their abilities are by a little slip of cardboard that you stick on top of plastic base with a thousand little holes. A red die means attack, so if you have a figure there, you get to roll a red die to fight. A white die means defense. Blue dice are ranged attacks. A yellow chevron on a black background means movement. It's pretty neat. As your figures die you have to make choices about what you can afford to lose, and you have to regroup when the situation changes. It also lets you visually see how many men you have, and what their basic capabilities are on the card, so you can pretty much just play with that. You don't need a bit of paper or a "codex" or anything. 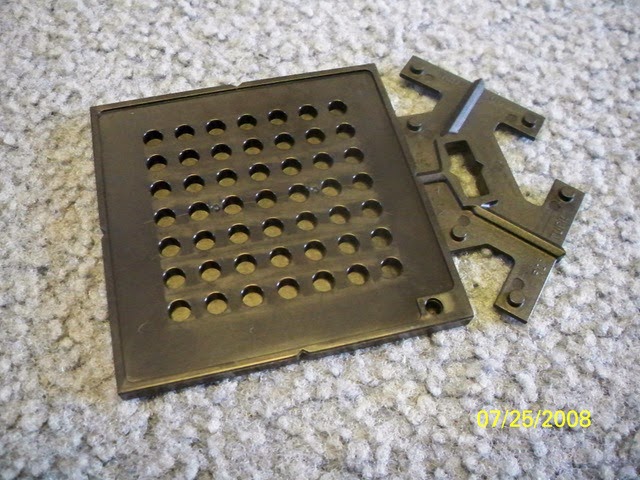 There's a turning assistance bit, which slides into the notches on the sides of the bases. Since movement is measured in base lengths and turning is assisted by the little plastic bit, you don't need a tape measure or ruler. I haven't played yet so I don't know if this is a step backwards or forwards, but it is different. It also means that you need a couple of spare bases hanging around so you're able to measure things. I'm not sure why "base lengths" is the core unit of measurement but whatever.

The plastic bases themselves are thick and seem durable. There's a notch in one corner so you can see which way to put the cardboard over top of it. There are a bunch of shallow circular holes on each one. The box comes with two sizes- one that's square, and one that's rectangular.

The cardboard is universally less impressive than the plastic bases. It's flimsy and weak. This includes the box, which has an unpleasant, slick texture. It reminds me of boxes of Chinese knock-off toys. The cardboard "inserts" that go in between the bases and the minis are also flimsy, although not as slick. You can print out your own inserts if you want, but apparently since the company's out of business you'll have to download a third party program.


The miniatures themselves are serviceable. They're on sprues, for some reason, so you'll have to clip them off. The placement of the connecting plastic is really, really strange and is hard to get at with regular cutters you might have around the house. I had to use a utility knife, and it's really a pain. I've had to clip little bits of flashing off of long spears, tiny curved swords, and next to thin, skeletal arms. One of the miniatures has only a single narrow foot connecting its body to the base, and I'm afraid it's going to break off.

The plastic seems softer than Games Workshop plastics, too- it's easy to bend and wiggle the figures. With all of the skinny arms and long spears, you really have to be careful about where you put things and how you handle your men. The pegs, at least, are firm and solid, but it's a pain removing them from the pegboard because of their flimsiness. You can't just grab them by the head or shoulders and yank on them. If you have trimmed nails you're going to have to resort to using some sort of tool to get them off there.


The miniatures themselves are nice enough. They're all unpainted, except for the commanders, who seem to be machine-painted. Unpainted miniatures are fine and I'm not entirely sure why they chose to paint the commanders. It's more irritating that I'll have to strip and re-paint them than it is to have not had them painted. The machine painting is really not good and there's no way I'm leaving them like that. Seriously, look at that picture. All three commanders (one for each faction) are painted to the same level of quality. The coolest is probably the undead Egyptian guy, but I can't find a picture of him online anywhere. He's got a nice hat, a crooked sword with blood on it, and green skin. He's also the best painted of the bunch.

For the non-commanders there are some greek hoplite dudes, some egyptian undead guys, some roman legion type guys, and some chinese soldiers. They're detailed enough- not Games Workshop standard, but better than toy store army men. They're also actual-scale, so no heroic proportions. Faces and hands are tiny, and weapons are thin sticks. There's absolutely nothing wrong with that sort of thing. Since there aren't a million tiny details, it shouldn't take excessively long to paint. You could probably finish a batch in a couple of hours, if you're efficient and you know how you want them to look in advance.

Overall, I'm pleased with what I paid for them. Granted, I only paid $5. I'm not sure how I'd feel if I paid full price. Since the game isn't supported anymore it seems to go on sale often, which is nice. On Amazon it's going for $10, which is a reasonable price for what you get.

Too Long, Didn't Read: Some good, some bad, but at least it's affordable. Pick it up if you're interested in getting into a miniatures game when it's "dead" and the plastics are cheap, and if you have a friend who would play it with you. If you clip off the pluggy bits you could probably repurpose them.