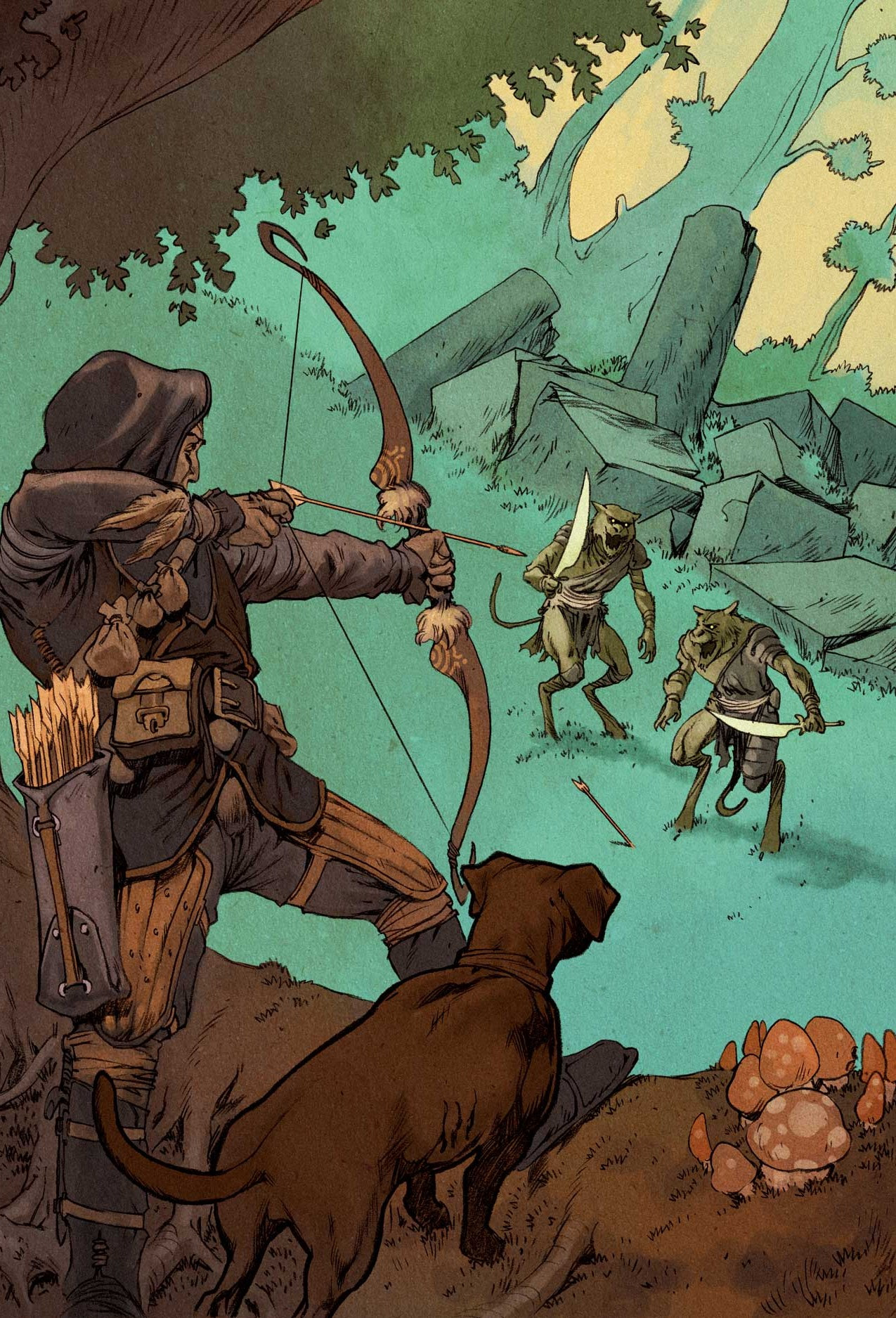 In an effort to shake free of my FC-induced drudgery [1], I've decided to attempt to inflict 13th Age on my standard gaming group.

The timing, as it turns out, is pretty good; one of them is going to be out of town (and without reliable internet access) for a month, and another one is going to be leaving in about a month to get some job training. [2] I knew about the job training in advance but the out of town is a bit of a surprise, and our Skype chat is a lot more lonesome without him.

Anyways, though, there's a lot that I like about 13th Age, including the part where I'm allowed and encouraged to make things up again. And so is everybody! The players all have their backgrounds and Unique Things (which can be anything), which means that the campaign is exactly as high or low fantasy as everybody at the table agrees. Like any game where everybody is coming together to make things up, you kind of need to set a baseline of what sort of game you're interested in playing, and I imagine that explicitly saying what it is sort of wrecks the "illusion," [3] but honestly this is exactly the way I like to run my games anyways. It's nice to read through a PDF and think to yourself, "Oh, exactly! This is exactly a thing I've always wanted to try!"

Plus the designer's notes. Oh man, do I love those designer's notes. They lay out exactly where they disagree on things and sometimes both of the designers don't even play by the rules they wrote down for you to try out, instead telling you where the baseline should probably be and then both running in opposite directions. It's really freeing, and nice to see a "standard" fantasy game treat itself like a set of suggestions instead of The One True Law. This philosophy carries into every description of every class, and in every monster's writeup. They give you some ideas and then let you pick any of them, all of them, or none at all and there's not even a hint that there's a "right way" to do your fluff. It's great.

The closest the game comes to having a One True Way is in the description of the Icons, which are technically not necessary but if you don't use them then you're sort of going against the spirit of what they're writing. The Icons are written into a lot of the fluff and, as I'm finding out, if you want to do away with them, you have to invent your own and they're probably going to be kind of similar. You can't quite create them in pairs, but you do need your Icons to tell a certain story about your world. It's a bigger task than it seems, but I can't blame the designers for wanting to include their new idea strongly into the world. It's just that if the Icons don't fit into your idea of the world, you've got a bit of work ahead of you.

Still, though, I'm excited. Maybe more excited than I should be, given that one of my group apparently doesn't want to play but is too polite to bring it up. I'm sure he'll be passive-aggressive but I really don't have time for passive-aggression...

[1] The way that I've found FantasyCraft most tolerable is if I ignore wide swaths of the rules in favor of running games more or less the way I usually play them. The longer I play the system, the creakier it feels, and I can only slap so many patches on it before I wonder what the point was.

[2] And then one of them doesn't want to play, which is whatever. Your loss, man. He doesn't seem to want to play anything that isn't FantasyCraft so I'll have to look for a new player soon, I imagine.

[3] I used to be more tolerant of this sort of thing, to be honest, but long years reading the uninformed and ignorant opinions of random internet strangers has soured me on this sort of thing. If you rely on some sort of illusion of "realism" to get your jollies in games, then you are reveling in ignorance and I can't take that any more seriously than I can take somebody who thinks that movie critics are "ruining things they liked" by pointing out flaws. Things you like can have flaws, and your group can (and should!) have frank discussions where you explicitly lay out what your expectations are for this game and what kind of themes you like. It's like pulling teeth from my players (many of whom are uninformed and a little ignorant) [4] but then when they tell me that they don't care, I just look at the character sheets they hand me as implicitly informing me as to what kind of game they want to run.

[4] There's nothing wrong with being uninformed or ignorant, to be honest with you, it's just people that think they're informed and urbane that rub me the wrong way. I remember reading from person on Reddit sagely declaring that a game mechanic was bad because it was "immersion-breaking," as though looking at your character sheet and rolling dice to beat a target number provided by another human being in front of you narrating a situation could possibly be "immersive." Ugh, please.
By Nick - May 28, 2015