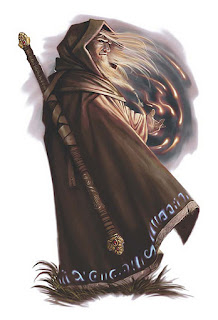 I've been over magic before, and there's no real reason for me to reiterate what I've already gone over. So let me get a little more specific on how magic is going to work in Skeleton Puncher, for all zero people who've cared. If you're new here, hi, I use this blog as a personal journal so that I don't waste massive amounts of paper. Now that we've got that out of the way, here goes nothing.

Magic in Skeleton Puncher is going to be a little more down-to-earth. See, it's moved a fair bit away from the initially zany sort of deal, where you're all basically comic-book versions of regular heroes smashing some dudes in the face because, as I found out when I was writing it, I don't really play my games like that. It's not the kind of games I'm used to running, so the writing felt forced and the rules, overly lenient here and overly restrictive there. It didn't have a theme, for lack of a better word. It didn't have a purpose. It didn't do anything that I wanted it to do. It was a problem, and part of it was the magic.

See, I run a pretty low-magic, high-realism kind of setting. I'm very much into Gygaxian naturalism, which means that there isn't just a dragon, there's a reason for it. Which means, as a corollary, that when there's magic, there should be a reason. It should be tied directly into the campaign world, and that not just the PCs should be using it. We've all seen the massive, convoluted threads that happen when somebody sets down to try and "break" a campaign setting in 3e and 3.5e. All that means is that the setting isn't supported by the magic in any way, shape, or form, or the setting would already reflect that. When you have a 5th level wizard who can change the world in ways that don't even make sense, you have a real problem.

So I'm doing my best to prevent that up front. I'm setting it up so that, if you've ever played Vampire:The Masquerade/Requiem, it'll be somewhat familiar. You'll have separate ratings in each type of magic, such as telepathy or summoning, and each one has a little list of things you can do with it, and how hard it'll be. And that's pretty much it. You can have Clairvoyance I and Curses II, and that's pretty much the extent of your magical ability.

In other words, you can mostly do things that real-life witches and sorcerers thought they could do, with a little bit of the stereotypical flashy fantasy magic thrown in there for good measure so that your average "lolfireball" type guy has something to play around with, and then you're done. But get this- flashy battle magic is in the distinct minority. With eight or so different magical talents you can have, maybe one of them is something you'd use while the brawny swordsmen are doing their thing. The rest is the sort of thing that'd make your everyday life better- a guy with Clairvoyance can scout out the terrain ahead of you, the guy with Precognition is just handy in general, a summoning guy has a lot of utility (and even a little bit of battle stuff), and each magical talent has something that you can do in battle, no matter how difficult. Like the Clairvoyance guy, maybe he can close that person's third eye and now they're a little worse at things that have to do with seeing. He's missing more in combat, and, perhaps more importantly, he's not as effective of a guard. You can sneak right past him, because he's finding himself with a headache right behind his eyeballs instead of being attentive and alert. The guy with weather control, sure he can summon lightning bolts, but more important is the fact that he can turn a clear night into a cloudy one, or make a little rain to cover your tracks. He may not be useful in a dungeon, but he sure is handy when you're travelling around isn't he?

The other big thing is that, since it's a point-buy system where you can choose what talents you have, you're not going to have sorcerers who are master magicians and then totally non-magical guys. There's a system in place so that you can have your war wizards, or your thief who was born with a touch of magic in his veins, or a barbarian shaman who's a masterful warrior while also communing with the spirits of his homeland. It's class-based with flexibility, if you will.

This is the sort of magic I want in my game, and it's the sort of magic I'm going to put in. It's not the sort that means that wizards rule the world, and it doesn't mean that at higher levels, magicians are able to do anything they want while the rest of the party watches. It's magic that does its own thing, makes life a little easier, and you want with you, when you can get it.

Hopefully, it turns out well.

EDIT: I've boiled it down to seven, but I feel like I'm missing something important.
As you can see, there's a lot that screams "magic" without a lot that says "stereotypical fantasy magic." I don't mean for that to sound demeaning, as the reason it's a stereotype is that it's a lot of fun. But still. I want to go a slightly different way.

In addition, I'm thinking about adding a "Sorcery" talent, that basically controls magic and metamagic, so that you could do things like detect ley lines and identify magic and all the other basic stuff that feels wizardly. I might tie that in to just having a magical talent, like "if you have at least one magical talent, you can sense ley lines and determine if magic has recently been cast in an area," and so on. It really depends, I suppose.
By Nick - December 06, 2011